Cover Images are part of the book that helps sell the book to readers with a quick glance, so you want your description to accomplish the same!

The cover goes before the Title Page. See Title Page for how to format this section.

They vary from simple images, to more complex, but you should aim to keep the description as clear and concise as possible to help build excitement for the content to come!

Transcribing the title is optional, as it is in the metadata. Transcribe any quotes on the cover.

Keep it short (2 to 4 sentences is ideal). A clear, concise description here will do much to build excitement for the content to come.

You don’t have to go into detail about the font unless it is important to the cover art.

Before you write your Alt-text you need to do the following:

Here is a demo to show you how to set up the Cover page.

Below you will find a series of examples of various covers. You can find more on the Cover Images for Children's Books page.

These covers are simple. The font is not important to the meaning of the cover, so we do not describe it. 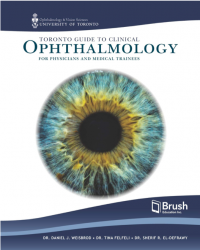 [Alt-text]: Title: "Toronto Guide to Clinical Ophthalmology" by Drs Daniel J. Weisbrod, Tina Felfeli, and Sherif R. El-Defrawy. Close up of the iris of a blue and hazel eye on a white background. There is a dark blue border on the top and bottom of the cover. 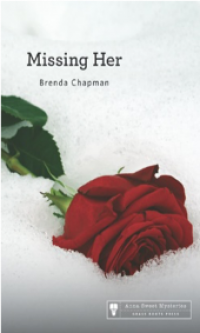 [Alt-text]: Title: "Missing Her" by Brenda Chapman. A single red rose lays in the white snow.

In this following example, there is a quote on the cover that is used to draw in interest to the reader. It is important to include this quote in the image description. 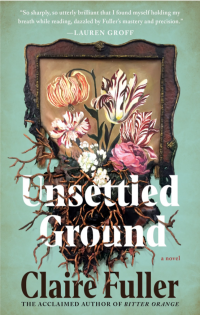 [Alt-text]: Title: "Unsettled Ground" by Claire Fuller. A still life painting of flowers in an antique wooden frame. The frame rots away halfway down the image exposing the roots of the flowers that grow outward, behind, and through the letters of the title. A quote from Lauren Groff reads: “So sharp, so utterly brilliant that I found myself holding my breath while reading, dazzled by Fuller’s mastery and precision.”

In these examples, the font is used for visual impact, so it can be described. 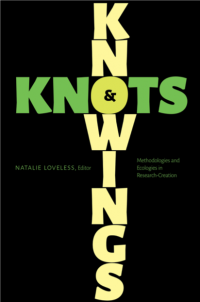 [Alt-Text]: Title: "Knowings & Knots" edited by Natalie Loveless. The title forms a cross on a black background. The letters are large and in all capitals. “Knowings” is spelled out vertically, in yellow letters. 'Knots' is spelled out horizontally, in green letters. The words cross, intersecting at the ‘o’ of each word. The ‘o’ is a solid pale green circle with a black ampersand in the center. 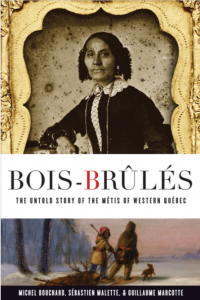 [Alt-Text]: Title: “Bois-Brûlés: The Untold Story of the Métis of Western Québec” by Michel Bouchard, Sébastien Malette, & Guillaume Marcotte. The cover is divided into four horizontal sections. The top half is a black and white portrait in a gilded golden frame, which features a woman in Edwardian clothing. She has a medium skin tone and black hair pulled up into ringlets pinned to either side of her head. Below this is the title in black letters against a white background, except for the B in Brûlés which is red. Below the title, there is a painting of two hunters in snowshoes pulling a sled full of supplies over a clearing in a forest. They both wear hooded coats, and a small dog walks beside them. At the bottom of the cover, are the authors' names in white letters across a black background.

In these descriptions, you would focus more on the images, and not include details about the font. Remember to keep in mind the context. 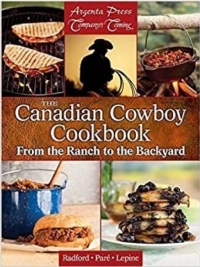 [Alt-text]: Title: "The Canadian Cowboy Cookbook: From the Ranch to the Backyard" by Duane Radford, Jean Pare, and Gregory Lepine. The title is in the center of the cover on a brown leather background. Above and below the title are color photos of food, including a quesadilla grilling on a barbecue, a pot of chili over an open fire, and a stack of blueberry pancakes. In the top center is a silhouette of a cowboy against a yellow sky. 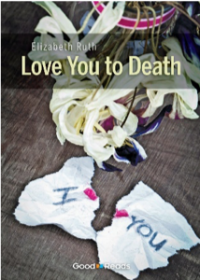 [Alt-text]: Title: "Love You to Death" by Elizabeth Ruth. A vase of white lilies sits on a table beside a torn note. The lilies are wilted. The note reads: "I love you." Instead of the word "love" there is an image of a heart. The note is torn down the centre of the heart. 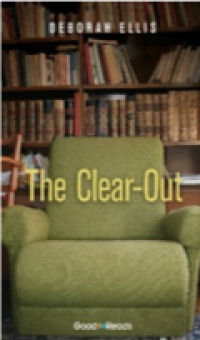 [Alt-text]: Title: "The Clear-Out" by Deborah Ellis. A green stuffed fabric chair sits before a wooden bookshelf. The bookshelf is full of leather-bound books with gold lettering and designs on the spines.